around the sea of galilee

Around the Sea of Galilee, there are formal 29 beaches, where lifeguard services operate. 11 of them are on the shores of the city of Tiberias, while 12 beaches around the lake belong to the Union of Kinneret Cities. Five other beaches, most of them in the north and south of the lake, belong to the Jordan Valley Regional Council, and also to the local council has one of its own beach towers. Some of the beaches are very tidy and offer bathers a variety of ancillary services and even unique attractions. 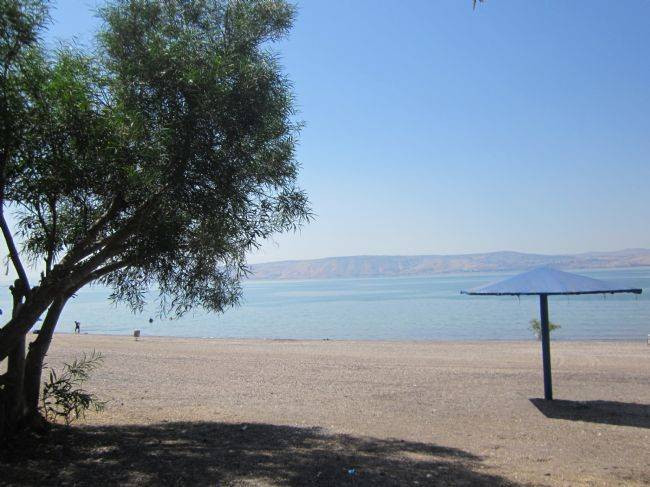 Capernaum National Park overlooks the magical landscapes of the shores of the Sea of Galilee. Here you will find springs and natural sites, a biblical mound and the remains of a Jewish village from the Second Temple period, an ancient synagogue and churches that the entire Christian world looks up to. According to the New Testament, after leaving Nazareth, Jesus established his center of activity in Capernaum.
Ein Sheva (Tabaha): According to Christian tradition, this is the site of the miracle of the bread and fish of Jesus, and in the 4th century the Church of the Bread and Fish was built here to mark the miracle.
The modern church incorporates remains from the old church, including an impressive mosaic floor from the 5th century. At Ein Sheva also stands the Church of the Firstborn of Peter, or the Church of the Promise according to Christian tradition here Jesus was revealed to his apostles after he had risen from the dead, and gave Peter the birthright.

The Jordanian is located between the Degania Dam which is southwest of the Sea of Galilee and the Alumot Dam. In this section of river the water flows gently and allows bathers to enjoy cool and comfortable water for bathing. On the banks of the river you will find tarzans (ropes tied to trees, when at the end of the rope there is a piece of wood perpendicular to the rope), tree trunks that have grown above the water and you can jump from them and soil surfaces of just the right size to spread a mat.
The Jordanian is also a baptismal site for Christian pilgrims. 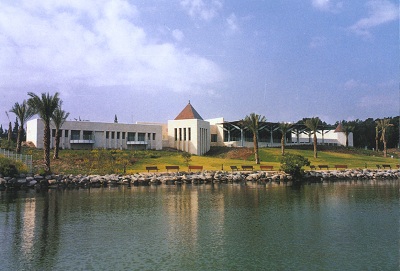 The “Gabriel House on the Sea of ​​Galilee”, which borders the lake, was established in 1993 by the Schroever Foundation. The vision led to the construction of the house and its design to the establishment of a “house of culture and a center of spiritual and social life for the residents of the area and for all lovers of culture, creation and art who come through its gates.”
Beit Gabriel has a fully equipped 360-seat theater hall with a 3D system for screening the best movies and a 110-seat cinema hall. Both halls are equipped with full electronic equipment for film screenings, lectures, symposia and conferences. Art gallery with rotating displays. Study room. Conference rooms and a restaurant and cafe available on the island. Beit Gabriel is a special meeting place and a source of pleasure and culture for the people of the valley and the surrounding area.

The Arbel Cliff, which rises above the Sea of Galilee, overlooks the Golan Heights and Mount Hermon and forms the heart of the Arbel Nature Reserve, and the Arbel National Park that surrounds it. The complex also includes Mount Nitai, Mount Savyon, Karni Hittin and Ramat Arbel, as well as an ancient settlement that left the remains of a magnificent synagogue and hiking trails to a fortress with natural caves.

Chateau Golan Winery is an Israeli boutique winery located in Moshav Eliad in the Golan Heights. In 1999 the family established a small winery in the farm yard in partnership with Shai Markets and produced the first 7,000 bottles of Cabernet Sauvignon. It currently markets 90,000 bottles a year (as of 2016). The vineyards of the winery are located at the confluence of the Yarmuk and Rokad streams and are owned by the winery.

The Magdala site includes the remains of a Jewish fishing village that was located on the shores of the Sea of Galilee about two thousand years ago. The place is sacred to Christians because of their belief that Mary Magdalene, one of the prominent supporters of Jesus, lived in this place. According to Christian belief, she was the one who cared for the body of Jesus after being taken down from the cross, and together with the mother of Jesus was informed of his resurrection. During archeological excavations, the remains of an ancient synagogue were uncovered in 2009. As a result of the unique finds, a change was made in the construction plans, so that the site now incorporates an archeological park and next to it a magnificent church center.

Tiberias is the tourist capital of north Israel and every year hundreds of thousands of visitors come from all over the world. The tourist town, located near the Sea of Galilee, is also very rich in restaurants, most of which are located along the coastline, in the beautiful marina, on the lively promenade, in the old town wrapped in a historic aura, and on the bustling main promenade. You will find everything here, from meat restaurants to upscale chef restaurants to a wine bar and chocolate farm for the entire family.